“One good thing about music, when it hits you, you feel no pain.”
Bob Marley

My final week back at work at Oxford University is a rather relaxed affair. I’m getting special treatment and everyone wants me to take it easy and not over do it. Happy to oblige, I invest in a couple of extended lunch breaks so I can have a final perusal of the Ashmolean and Pitt Rivers museums. I can’t start my new job like this though. I’ll have to not mention my condition unless I have to, I don’t want preferential treatment, well not until I’ve proved myself on a level playing field first.

My stress-free final week also affords me a few spare moments to check Facebook on my iPhone, which is rather handy as on the recommendation of my friend John, I recently joined this new Facebook group that raffles vinyl records. I dusted off my old Technics turntable when we moved house a few years ago and I’ve been getting back into playing vinyl again. I’m not going to attempt to convince you that an analogue groove has a warmer and more intricate sound balance than a series of digital dints, as I’m likely to veer into the realm of bollocks. Despite owning a quite obscene quantity of CDs I nonetheless much prefer my vinyl. I think it’s mainly the expense, the inconvenience and the ritual. The act of having to buy an expensive corporal object means that it already holds more intrinsic value than an ephemeral download. The physical dimensions of the medium itself demands at least twelve inches of packaging that needs to be creatively adorned with images and information, often iconic images that have partly defined my personal culture and can instantly transport me to another time and place. Then, once you’ve finally got your treasured new possession home it must be cherished to ensure the corners of the cover don’t bend and the vinyl itself must be safely returned to its inner sleeve to ensure it remains spotless and scratch-free. It must also be placed on the turntable with great revere ensuring only the edges of this sacrosanct object make contact with soiled human hands. Having gone to such expense and inconvenience and observed the correct ceremonial protocols you can be damn sure you’re going to sit and listen to it properly. The vinyl album demands your full attention, it’s not a mere collection of random songs that can be compiled onto a playlist and pipe away merrily in the background on a tinny iPhone dock. Music on vinyl must be afforded appropriate deference and listened to in the predefined sequence perfected by its creators using only high fidelity equipment. Unless of course it’s a dire musical by Andrew Lloyd Webber, that will sound just fine on 192 kbps mp3 played through your mobile phone speaker.

I’ve always had a bit of a compulsive passion for music. One of my early memories was of being picked up from infant school at the age of about five and taken back home by my grandmother. My parents would both still be at work so we had the house to ourselves and I was able to inflict The 1910 Fruitgum Company’s seven-inch version of Simon Says on my unwary grandmother. My grandmother would plead for me to watch children’s television instead and remind me that Scooby Doo was about to start. But there was no time, I needed to play her a copy of Stars Sing Lennon and McCartney that my Dad had just acquired from the new Tescos supermarket in Falmouth and featured Cilla Black, Bernard Cribbins and Peter & Gordon. I was also a very early reader and had studiously learnt the sleeve notes of each album so I could introduce each song to my captive audience of one with a fascinating snippet of appropriate trivia. At that age, my special subject was of course, The Beatles. I’m still pretty clued up now.

During the seventies my tastes followed the popular trends on the radio. My favourites were glam rock in the early seventies and punk in the late seventies. Then in the early eighties I had a couple of seismic epiphanies. The first was in Cornwall in 1981 when a school friend called James lent me his copy of The Dark Side of the Moon; the second was a year later in Durham when a church friend, John, lent me his copy of Houses of the Holy. Slightly ironic that a casual punk fan would find his musical nirvana in exactly the genre of music punk had initially rebelled against. Once I’d been inducted in the aural delights of Pink Floyd and Led Zeppelin, music would never sound the same again.

Back in my office in Oxford the Facebook vinyl raffle that I have bought tickets for today is for a Limited Edition two-disc version of Nirvana’s 1993 classic, In Utero. In fact, I was so keen on owning this piece of musical brilliance on vinyl that I have bought two raffle tickets. There are only ten spots in this raffle and I have two of them, by my reckoning that gives me a twenty percent chance of winning it: not bad odds.

Actually I’ve been thinking about odds and probabilities quite a lot since I last saw Mr. Campbell. I have thought about some different ways of presenting the probabilities I asked for. As mentioned in the previous chapter, I now have a sixty percent chance of my cancer retuning in the next five years and a seventy percent chance of it returning in the next ten years. Logically therefore if the cancer doesn’t return in the first five years there would then actually only be a ten percent chance of it returning in the subsequent five years. The risk is essentially front-loaded. In other words, if it does return, it’s more likely to do so sooner rather than later. There’s no point then in worrying about the seventy percent probability now. If I get to that point it will have reduced to just ten percent by then. I just need to worry about the first five years and the sixty percent probability. The probability on the first five years is also front-loaded, so if I can get through, say the first year, the probability of it returning in the remaining four years is now probably less than fifty percent. If I can therefore survive a year cancer free, the odds would then be in my favour for the next four years and then dramatically reduced again after that. It sounds a little more achievable now that I have politically respun Mr. Campbell’s carefully calculated odds. 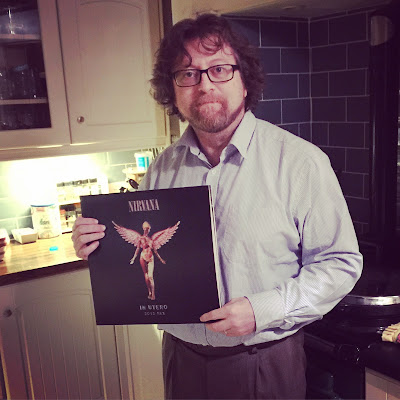 I notice that Steven, the curator of this particular raffle, has uploaded a video of the draw on Facebook, so I stick my earphones in and lie back in my chair to check my fortunes. One of my two randomly chosen balls is drawn first and I get terribly excited for a second, until I remember it’s the ball drawn last that wins. It obviously adds to the tension, and makes cheating harder, if the winning ball is drawn last. That means that I now only have a one in nine chance of winning the prize. More balls are drawn and some are unceremoniously and prematurely spat out of the bingo machine, but my final ball remains coyly trundling around inside Steven’s cantankerous bingo contraption. We’re down to the last three balls now and my final ball must still be in the mix, the next ball is not mine and neither is the penultimate ball, (affectionately known as the bridesmaid). I think I might have actually won. Steven gently coaxes the final ball out of its spherical cage, checks the number off on his list of runners and riders and triumphantly proclaims me as the winner. Yay.

At the start of the raffle I had a twenty percent chance of winning. The chances of my cancer not returning in the next five years is forty percent. It was therefore twice as unlikely that I would win the raffle than my cancer will not return, but I did win the raffle. The Vinyl Countdown Facebook group has therefore not only provided me with great new records and introduced me to a marvellous eclectic company of fellow vinyl junkies (especially it’s chief custodian, Kevin), it’s ostensibly demonstrated how easy it is to beat adverse odds, and therefore beat my cancer.

Or at least it would have done if I hadn’t lost the next couple of raffles.