Chapter 30: Some Thoughts on Death

“It is far better to grasp the universe as it really is than to persist in delusion, however satisfying and reassuring".
Carl Sagan 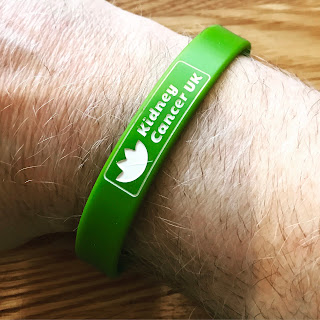 I was deeply moved and saddened yesterday to read of the death of the BBC journalist Steve Hewlett. Although a well-known and rightly celebrated journalist I only really became acquainted with Steve, or it least I felt as if we were acquainted, as he candidly shared the experience of his cancer on the BBC Radio 4 PM programme. Although Steve’s cancer was different to mine, I nevertheless profoundly related to how Steve eloquently described how he came to terms with his diagnosis and prognosis. Steve’s treatment journey also had many parallels with mine and I’ve shared the highs and lows, the hopes and fears, the waiting, the chemotherapy side-effects and the uncertainty. As Steve was diagnosed ahead of me his frank interviews also gave me an idea of what to expect as my cancer also progressed. Perhaps part of yesterday’s sadness is a selfish and poignant reminder of the inevitability of how my cancer journey must also end.

I have also found it therapeutic and cathartic to be be fully open about my illness, albeit within my small circle of Facebook friends rather than a Radio 4 audience. Indeed today I thought I’d try and record a few thoughts on death for my slightly wider blog audience.

Having thought about death quite a bit now, I’ve organised my thoughts into 3 areas, the first, death itself is remarkably easily to cope with, the second, coming to terms with what I will miss is somewhat harder to accept, and the third, the bereavement for those I leave behind is by far the hardest to cope with.

I have no fear of death itself, well certainly no fear of actually being dead. That’s not bravado or rhetoric, I’ve found plenty of things to worry about since my diagnosis, but being dead is not one of them. As has been pointed out by many greater thinkers than me, I never existed for millennia before I was born and it caused me no great concern at the time, I seriously fail to see why it should cause me any unease after I die either. I assume however that fear of death must be a concern to a great many people, after all the world's most tenacious ideologies have drummed themselves up a lot of business by exploiting this fear. I can see why. If I seriously believed that life on Earth was the the whim and creation of an all-powerful supernatural entity, then I could only logically conclude that cancers that indiscriminately target innocent men, women and children were intelligently designed by the same hand. The only thing I can think of that’s more horrific than such a belief is the sickening notion that the self same deity has the ability to cure such diseases if asked nicely enough, yet is seldom moved enough to do so. Thank goodness I find such belief systems so utterly ridiculous that I need not concern myself with their inhumane threats, preposterous fabricated promises, cognitive dissonance and the unjust judgements.

I can therefore move on to more real concerns. The one I felt hardest to accept when first given my terminal diagnosis was the intense frustration at my realisation of what I will miss out on. I now view old-age not as an inevitability but as a prized privilege that I will be denied. I so wanted to see my children graduate from university, I wanted to see their careers take off, I wanted to grow old with my wife, I wanted to enjoy my retirement and take the long holidays I have been too busy to take up until now. Most of all, bizarre as it sounds, I wanted to be a Grandad, I wanted to push my grandchildren around in the garden in my wheelbarrow, I wanted to take them down to the river to see the swans, I wanted to take them on picnics in the woods behind my house. It has taken time to adjust to the fact that I cannot have these things. But there are many other things I can take great solace in. My children are incredibly intelligent, rational, organised and driven people. I do not need to be around to know that they will have great success in life. I know they will both graduate with strong degrees. I know they will hone their skills further with postgraduate studies. I know they will have successful and enjoyable careers and achieve great things in their chosen field. I know they will choose sensible and successful partners. I know they will have children when the time is right for them and that they too will give them the upbringing and opportunities for success that I would have wanted for them. I know this not because of my parental instincts and desires but by the evidence and capability I have witnessed in my children. Fifty years may not seem like a long time to have spent on this Earth but what a fifty years they have been. The mere chance of existing at all is so fleeting small that I am grateful that I even had the chance. The fact that my fifty years on this planet coincided with the release of every Pink Floyd and Led Zeppelin album in the history of the universe is an immense source of satisfaction to me.  I have shared this planet for a period of time with John Lennon, Douglas Adams, Carl Sagan, Sue Townsend, Leonard Cohen, Victoria Wood and Lemmy – what are the chances? How can I be anything but thankful?

So the final area of thought is the one that is hardest of all to come to terms with because it’s the one that doesn’t go away after my death. I know I am much loved by my friends and family and that is something they will need to continue to deal with after I’ve gone. I know it will be hard for my family but I also know that they will eventually be able to move on and I know that they will never forget me. I have not been especially close to my mother for much of my adult life. Fortunately that changed before my illness and we have been much closer in recent years. As a parent I can image how distressing it is to lose a child. Our children are simply not meant to die before us and we are ill equipped to deal with it when it does happen. I therefore recognise that dying before my mother will be very hard for her to deal with and I wish I could do more to address this problem. My wife and I have been together since I was 18 and she was 16, we’ve done everything together for last 32 years and neither of us had previously given any thought to a possible future without the other. Alas I fear that it is my wife who has drawn the short straw having to carry on without me. She is however immensely strong, capable of anything she puts her mind to and will be supported by great friends. She will be OK. My father died when I was 15 so I know what its like to lose a parent early. I know that after an initial unstable period I got my life back on track and I know that my mind is filled with a myriad of memories of him. Likewise my children too will not forget me. They are 20 and 19 respectively and have enough memories of me to last them a lifetime too. Fifty years from now they will still recall my annoying jokes, my constant need for music, my insistence on reason and logic and, no doubt, several of my less redeeming features too. So to my urologist I say 18 months my arse, I will live on for decades yet in the memories of my friends and most especially my wife and children.

Chapter 31: A Wee Dram On The Beach